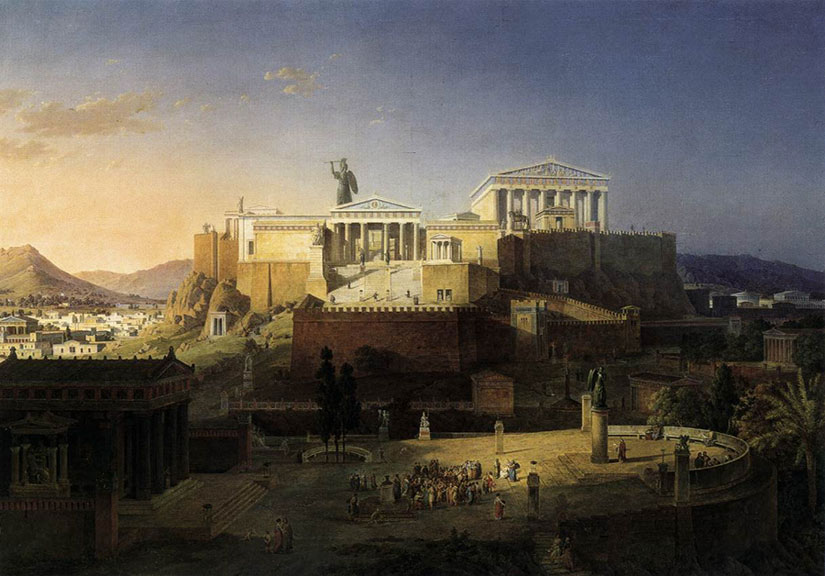 Reconstruction of the Acropolis and Areus Pagus in Athens, by Leo von Klenze, 1846.
The Thinker [Plato] used to say, "Even if I climb to the roof of My house, Athena upon the Acropolis will see incomparably more." Supermundane III, 1938

Athena, Gollum and the Finer Points of the Dharma

I recently came across a quote from Pallas Athena in The Bridge to Freedom Journal Book 3 that was a revelation, one of those moments that give pause, as only the truth can; as it dispels maya that refuses to go away, no matter how you analyze it or pray about it. Pallas Athena is an Ascended Lady Master who lived long ago—during the first golden ages, in the early days of Lemuria. She balanced her karma, fulfilled her Divine Plan and then broke this wheel of rebirth by making her ascension. She did it by focusing on and becoming one aspect of God's consciousness: Truth. The Greeks knew and revered her. She didn't disappear after the decline of Greek and Roman civilizations. People just forgot about her for awhile and then resigned her to the realms of myth. She's back, or rather, she never left. Here is what she had to say on 6/28/55:

"... I have come to know you better in these last few years than I have known some of you since Lemuria. In the early days, before the Planetary Law opened the Earth to souls who had both light and shadow within them, every man, woman and child was able to see me clearly, speak with me and receive counsel. Thus we had a very close comradeship upon the planet Earth at that time. After the creation of the maya by the discordant thoughts and feelings of the people who had begun to forget their source (the truth of their being), the "human veil" was formed inside the physical brain.

"This began to make our forms less distinct to the physical sight of the people until we were just oulines and our features were no longer distinguishable. Finally, even the outlines disappeared and we remained only in memory, fable and myth. That passed down from age to age, revivified often by various sects of one kind or another who desired either to utilize our energies honestly, or who desired to further their own ends by professing to represent us.

"AMONG ALL THOSE ASCENDED WHO HAVE LOVED THE EARTH, I THINK I HAVE BEEN MOST MISRPRESENTED. I THINK THERE HAVE BEEN MORE MEN AND WOMEN WALKING THE PLANET EARTH CRYING "THIS IS TRUTH" THAN THERE HAVE BEEN MEN AND WOMEN DOING ANY OTHER THING. NOW, AGAIN THANK GOD, I CAN TAKE YOUR HAND AND WALK WITH YOU AND, WITH THE HELP OF GOD, THROUGH YOU GIVE MAN THE TRUTH WHICH WILL SET HIM FREE! 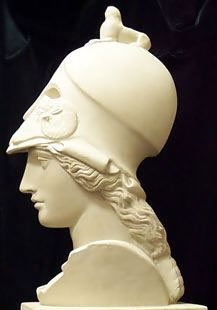 "You are working today on the dissolving of gossip, lies and malicious slander, everything which is an untruth. Beloved ones, I want you to think deeply upon this and make it mean more to you than just today's activities. I want you to think upon what I have to say as being applicable not only to your decrees but to your daily living.

"WHAT YOU PLANT IN THE MIND OF ANOTHER, AND THEN WHAT GROWS THERE AS A RESULT, THE FRUIT AND THE HARVEST OF THAT ARE YOUR KARMA! Whatever word passes from your lips that pollutes the consciousness of another is a sin. This is so even if it is based on so-called fact and whether or not it is spoken in inuendo or outright accusation. Why? Because you thus add to the shadows of the world and you are not speaking truth! THE TRUTH ABOUT EVERY MAN, WOMAN AND CHILD ON THIS PLANET IS ONLY GOOD. WHATEVER IMPERFECTION IN ANOTHER YOU SEE WITH YOUR EYES OR HEAR WITH YOUR EARS AND THEN PASS ON TO SOMEONE ELSE WILL MAKE YOU RESPONSIBLE TO THE GREAT COSMIC LAW AND YOU WILL HAVE TO PAY FOR THAT IN SOME WAY, BELIEVE ME!

"In the use of your Violet Fire (Mercy's Flame), transmute all discord into light and do not create more distress than is already apparent here. I am being very positive in speaking of this to you today, for I have seen more lives ruined, more light dimmed, more inharmony created, more dissension brought about by gossip—individuals carrying imperfection from ear to ear, from mouth to mouth and on the written page. This has been the destructive element in every co-operative endeavor which has ever been on the planet Earth since the fall of man. No matter what the appearance may be, if one individual is strong enough to do so he can, within himself, transmute that appearance into light by calling into action the Violet Flame through all concerned ewith it, not allowing it to cloud the consciousness of many.

"Gossip has been called a "justifiable sin." Some of the souls of men who have lain in the "Sleepers Realm" for thousands of years were driven there by slander and gossip. I shall not describe to you the thought form which is behind it, nor go into further detail concerning it, but I plead with you! Lend not your ear, your tongue, your mind or your feeling to that subtle enjoyment of sharing the failings of another, because it is not true! ..." pp. 112-113.

To me, this is a very Buddhic understanding. To love unreservedly no matter the circumstances. This is not to say one condones immoral or outrageous behavior. Most of us are guilty of some form of criticism now and then. To stop that unconcsious pattern is another matter. To realize what Pallas Athena is saying above and live it, is another matter altogether. You almost have to be the Buddha, unmoving. When someone hurts us deeply through words or actions, will we be able to not react unkindly or in a critical mode; realizing that whatever happened is not real because it did not come from the true self of the offending individual but from their not-self. 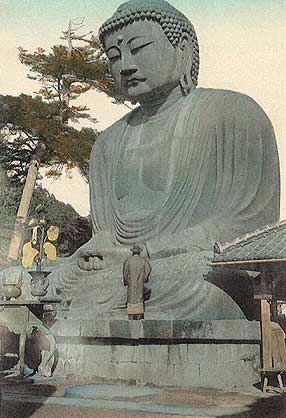 Padma Sambha in the Dakini Teachings says this:

"Do not be attached to anything. Attachment itself is the root of bondage.

Do not criticize other teachings and do not disparage people. All the teachings are ultimately indivisible, like the taste of salt.

Do not criticize any of the higher or lower vehicles. They are identical in being the path to be journeyed, just like the steps on a staircase.

You cannot know another person unless you can perceive with superknowledge. So do not criticize others.

In general, all sentient beings are by their nature spontaneously perfect buddhas. They possess the essence of enlightenment. Do not examine other people's fault's or delusions.

Do not examine the limitations of others. Examine how you can change your own.

Do not examine the shorcomings of others but examine your own shortcomings.

The greatest of evils is to hold religious prejudice and to criticize other people without knowing their mind. So give up prejudice as if it were poison." p.5

Think of the most loathsome creature. Can you hold the immaculate concept for that person? Picture Gollum (Smeagol) in the second Lord of the Rings movie, The Two Towers. Now here was someone who had been taken over by the dweller of the threshold or the not-self, with the help of the ring of course. In fact, the Jeckyll and Hyde scene where Gollum battles and vanquishes his darker side is the funniest part of the movie. He could not have done it without Frodo.

Only Gandalf and Frodo saw Gollum's worth. Frodo had compassion because he knew the burden that Gollum once bore and how it changed him. This enabled him to hold the vision of the goodness that once burned in Gollum's breast and was indeed still there, buried. Gollum, seeing the compassion and feeling the immaculate concept projected (unconsciously) by Frodo's third eye was able to rise up out of the hell of his own creation. But Frodo cannot make the ultimate choices for Gollum. He can lend him a hand but the right Path upward will ultimately be up to Gollum. Frodo was able to 'see' the true Smeagol with an uncritical loving eye. He also knew not to tempt the lesser self of Gollum. He always guarded the ring knowing that the dweller of Gollum desired it greatly.

It is easier to follow the path laid out by Pallas Athena and Padma Sambhava if one is able to know what another is going through or what their karma is; as Frodo knew so well in Gollum's case. That's the trick isn't it? To try and remember that what ever slings and arrows come our way, that they are not real because they do not come from the Real Self of the one attacking us. They come from the Gollum's of this world and not from the Smeagol's who have been pushed aside in the heat of the moment.

The Bridge to Freedom Journal Book (3)

To learn more about the violet flame mentioned several times by Pallas Athena, this is one of the best books on the subject:

back to: Tibet page
back to: Alternative Archaeology
back to Varieties of Spiritual Thought