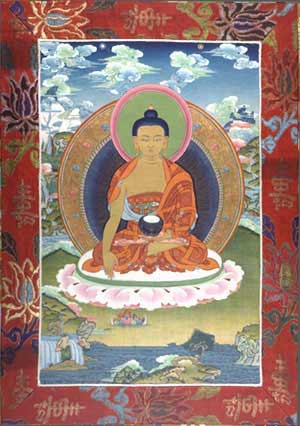 Buddhism Making a Comeback in China

With the important congress of China's Communist Party coming up in just over six weeks' time, its 66million members are being exhorted almost daily to study the newly published collected writings of President Jiang Zemin.


Mostly these writing try to explain and justify the party's shift in the past 24 years from Marxist precepts like dialectical materialism and class struggle to a brand of capitalist materialism encapsulated in Mr Jiang's adage known as the "Three Represents".


But one aspect of the supreme leader's thinking is never mentioned in public. According to highly connected sources, the 76-year-old veteran communist is a frequent worshipper at Buddhist temples and shows a strong personal leaning towards the ancient religion, though it is unclear whether he would yet call himself a Buddhist.


This places Mr Jiang among a growing number of Chinese - some say 100million of the country's 1.3billion people - who show some affiliation with Buddhism, a religion introduced from India nearly 2000 years ago but suppressed after the People's Republic was set up in 1949.


Many talk of a "spiritual vacuum" in China following the collapse of adherence to Marxism and the death in 1976 of Mao Zedong, who was given god-like status through what would now be condemned as a "personality cult".

The religious revival is said to be filling this vacuum.


"A few years back, declaration that you were a Buddhist would earn you criticism," said one leading Chinese scholar of Buddhism, who asked not to be named. "After the opening-up drive and the reform, the official monopoly on belief is no longer in force. There is less suppression."


The signs are everywhere. Temples are being restored and reopened, and people come to burn incense and say prayers before Buddha images. More young people are shaving their heads and donning the yellow or grey robes of monks and nuns.


At the Badachu complex of temples near Beijing's Western Hills, a woman prostrates herself before a pagoda housing a relic said to be a tooth of the original Buddha, Gautama or Sakyamuni, and circles the building with tears in her eyes. A former forestry professor from Harbin, she felt gripped by belief in 1994 and has since given up her academic career and her marriage in her effort to renounce worldly concerns.


"I haven't yet succeeded, and I feel guilty about it," she said. "So I am here to ask the Buddha to forgive me. If there are 10 degrees of Buddhist achievements, I think I am only at level two."


Most followers do not go as far as forsaking worldly comforts. In Beijing's "dirt market", where small traders bring old and new artefacts for sale, small statues of the Buddha are among the most popular items - bought for use in home shrines by members of China's new middle class with cash to spare and thoughts lifting above the struggle for a living.


The revival is being quietly encouraged by the authorities, at the same time as they crack down on religious or mystical trends seen as potentially subversive of their monopoly on power. Just this week it emerged that yet another leader of the underground Roman Catholic church, Bishop Wei Jingyi of Qiqihar, in north-eastern Heilongjiang, had been arrested, while 15 members of the banned Falun Gong spiritual movement were jailed for between four and 20 years in Jilin for putting the group's videotapes on local cable television networks.


Yet at a military-run hotel in Beijing, about 400 abbots, monks and lay Buddhists were meeting for an occasional national convention of the Buddhist Association of China, one of the five officially sanctioned organisations (including for Catholicism, other branches of Christianity, Islam and indigenous Daoism) through which Beijing permits and controls religious activity.


"The Government's attitude towards Buddhism is more tolerant," said the scholar. "This is partly because it is so closely incorporated into Chinese culture - in everything from architecture to language - it is inseparable.

But also because it poses less of a threat to the Government. Buddhism advocates peace and benevolence and seldom takes violent form, and it has fewer connections to authority outside China compared to other religions such as the Catholics to the Vatican."


People were coming to Buddhism for all kinds of reasons.


"Some have made lots of money, sometimes in nasty ways, since the reforms and they come to the temple for redemption," the scholar said. "Some high-ranking officials feel insecure, and they want to seek a divine patron."


The scholar was not sure whether President Jiang's attendance at temples meant a philosophical commitment to the supreme "dharma", the supreme spiritual law, or a change in life-long political practices. "A person's life is multi-faceted," he said.