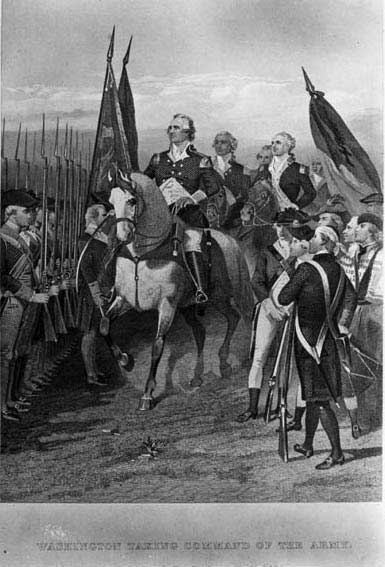 "America has furnished to the world the character of George Washington and if our American institutions had done nothing else, that alone would have entitled them to the respect of mankind." -- Daniel Webster

From the Editor of Reverse Spins:

The true measure of a man is not always visible. We tend to focus on personalities and traits such as the intellect, glibness, whether one is personable or feels the pain of another. The true intiates of the Path often bear their burden silently. The calm exterior no matter the circumstances is one tell tale sign of a soul bearing a great deal of Light, but not always. Many serpentine individuals can exude a calm demeanor much of the time as well.

Corinne Heline believed that during specific times in history tremendous souls are gathered together with the aid of Spiritual Heirarchies to further the advancement of Light and enlightenment. America has seen the benefit of such guidance form an Invisible Brotherhood devoted to the ideals of civil and religious liberty all in the framework of an extraordinary devotion to God. She writes of "the Community" and the 'Hermitage" as having members with a mystical connection with God and his invisible servants; all before the revolution. They prepared the way for the founding fathers. Here are quotes from Corinne Heline on George Washington.

"Reared a patrician among the landed aristocracy of the new world, George Washington nevertheless favored democratic government ...he consistently exhibited the service ideal as exemplified by the Supreme Teacher who sought not His own personal advancement, but humanity's good."

"The attitude of utter simplicity and selflessness which characterized Washington did much to cause world attention to be focused upon the new America in the making. Both high and low beheld this serenly great man, first with astonishment, then with enthusiasm and finally with awe and reverance. With the gift of true Aquarian leadership, Washington set into motion certain spiritual principles and impulses which were now due for further manifestation on the physical plane. As someone well expressed this truth, in order "to understand him and his role in human affairs one must be able to see him encompassed by mystic silence and by the universe." [sort of like a Buddha-the editor]

"The inner autority which an "old soul" inevitably radiates was generally recognized in Washington by all who contacted him. Instinctively they regarded him with the highest respect. Calm and gracious in manner, poised and dignified in bearing, he gave unmistakable evidence of a soul that was firmly established in spiritual principle and that drew strength and wisdom from inner communion with the Great Ones."

"In writing Martha Washington of the offer and his acceptance (General and Commander in Chief) he said: "Destiny has thrown me into this service". He added that he had a sudden desire to weep upon his acceptance, but that he mounted a horse instead, "because a man on horseback does not weep".

When Washington entered "Boston, mounted on his noble black steed, crowds gathered around him singing hymns. Everywhere his calm and benign presence carried with it a blessing which moved people to instinctively accept him as thier divinely appointed liberator."

The war effort went badly in the early days. Undisciplined troops, retreats from overwhelming forces in New York, even conspiracies and condemnation were heaped upon his shoulders as things went from bad to worse. As the rag tag army suffered with little support at Valley Forge, Washington grew closer to God in prayer and introspection.

"He ordered prayer to be observed in the army every morning. On Sundays if no chaplain was available, he read the Bible to his men and led the prayers. It was by reason of his depth of soul power, strength and nobility of character that his influence over his troops was so great. They looked upon him as a godly man and accepted his word as their very law."

"Pain and sorrow, if nobly borne, always translate themselves into added nobility of character and greater power of soul. In his terrible experiences at Valley Forge, Washington, through fasting and prayer, silence and meditation, enhanced the clarity of his inner perception and strengthened his will to accomplish the task to which he had been called. He was referred to as the "clairvoyant politician" because of his ability to look so clearly into the future and hence predict forthcoming events with amazing accuracy."

During these times Washington, the Founding Fathers, the Masons and the Army at Valley Forge went through a collective 'dark night of the soul', where God and His good graces seemed to have forsaked them. But with Washington as their spiritual leader, they did not forsake God through that great time of testing. They came out stronger spiritually for it, that had "far-reaching significance of the New World ideal."

Washington went on to pass a test offered to many high a top the spiritual ladder, the crown, the offer of rulership over all that one purveys. And just as Jesus refused the kingdom of this world offered by satan, so too did Washington refuse in favor of the Republic.

Despite longing for the quiet life on his farm, he answered the call yet again when his country needed him to strike a balance between the radical elements of the left and right. The power of God flowed through him as he kept his harmony in the forging of a Nation holding the office of President. This harmony and Light was noticable to those who had an afffinity for the Light.

"Many persons have described the effect which the presence of Washington exerted upon them. This was generally expressed as a feeling of deepest awe and veneration. Writes one: "I saw him perhaps a hundred times and never without awe. I have been told that even in his social hours, this feeling in those who shared them never suffered intermission. The Almighty who raised up for our hour of need a man so peculiarly prepared for its whole dread responsibilty, seems to have put a stamp on sacredness upon His instrument".

"One who visited Washington in his last days commented on his eyes, those glorious conductors of the light within. He observed that they radiated not mere affability, but glowed with the steady fire of well tempered spirit, bearing unmistakable testimony to a character that "interested himself in all that concerned humanity", to quote Washinton's own words, "and to ever give his life in service for others"."