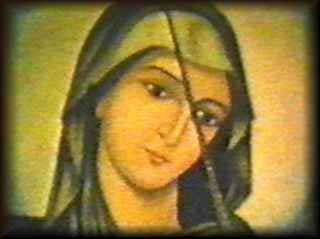 Editor: excerpted from One Solution to the World Crisis from Reverse Spins:

In one of the best Near Death Experience Books I have ever read, "Fast Lane to Heaven," published in the Spring of 2001, the author Ned Dougherty was visited more than once by the Blessed Virgin. To set the table for the subject here, China, this is how accurate his visions were. This was given to him before 9/11/2001 He was not shown when it would take place. She told him:

"While acts of terrorism and war and political unrest plague the Eastern Hemisphere, the Western Hemisphere will be spared the worst of the terrorism. However, a major attack may befall New York City or Washington, D.C., severely impacting the way we live in the United States." p. 253

She told him of other prophecies which you can read about for yourself (there is a link to the book below). She also said these prophecies can be mitigated with prayer. The 'Lady of Light' told him that terrorism and war were not part of God's plan and,

Editor: (excerpted from China and the Communists found in this site under "China ...".)

At the polar opposite of communism are those countries devoted to the Light of God. America stands at the forefront of such devotion although it doesn't seem like it at times especially on football Sunday. There are those among us who have personal experiences with God that bear directly on our current situation. One of those is Ned Dougherty, author of "Fast Lane to Heaven." (see link below)

Due in no small part to his Irish Catholic upbringing, (doing the Rosary and receiving proper discipline in a Catholic school does wonders for the soul) when it came time for Mr. Dougherty's near death experience (NDE) he had a ready tie to the heart of the Blessed Virgin. She showed him of events that may happen in the future.

''The Lady of Light' explained to him that none of the visions he was shown need to happen. If America becomes more spiritual, meditates on God's Plan and above all, prays, then events can be mitigated and even averted. Here then is what she showed him connected with China.

"4. Wars and rumors of war will continue to plague the Eastern Hemisphere, spreading from the Middle East into Africa and Europe, and then to countries of the former Soviet Union and to the Far East, particularly China." p. 252


"5. The greatest threat to global peace and preservation will come from China, which is preparing itself for global war and domination by building the largest army in the world, prophetically referred to in the book of Revelation as the army of "two hundred million." Under the guise of population control, China has been systematically exterminating unborn female babies in favor of males in order to breed an army capable of dominating the world. The Lady of Light specifically told me, "Pray for the conversion of China. The conversion of China to God is necessary for the salvation of the world." p. 252

"9. The United States government will fail to meet its financial obligations as a result of its staggering national debt and will collapse. As a result of the destruction of U.S. military bases from natural disasters, the United States will lose its ability to wage war or defend itself, leaving the country vulnerable to invasion by foreign troops, particularly by China's "army of two hundred million." p. 253

This of course is only a partial listing of visions and things to come that was shown Ned Dougherty by the Blessed Virgin. The rest can be found in the book pictured below.