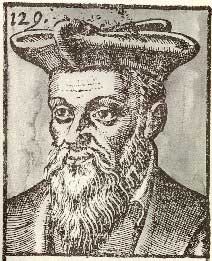 The great plague of the maritime city

Will not cease until there be avenged the death

Of the just blood, condemned for a price without crime,

Of the great lady outraged by pretense.

The great plague of the maritime city

Will not cease until they have avenged the death

Of the just blood, taken and condemned [though] guiltless of the crime

By which the great lady pretends to be outraged. 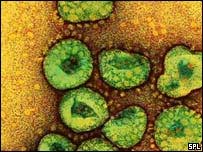 The SARS epidemic has not yet reached the scale that would find its way into the radar sreen of Nostradamus' visions. If the deaths persist then credence must be given to the SARS parallels. Some have put forth the hypothesis that the Iraqi war is somehow connected. In every case I believe you will find that these people have also been against the war. The fact that the virus started in China and has the largest number of cases, is strangely overlooked. If this is indeed a plague of Biblical proportions then it is reasonable to see it as karma. The karma of communism. It may be the karma of the west for bank rolling and turning a blind eye to communism as well.

1. The start of SARS and preponderance of cases are in China, many of which are in Hong Kong. Therefore it is reasonable to view Hong Kong as "the maritime city." 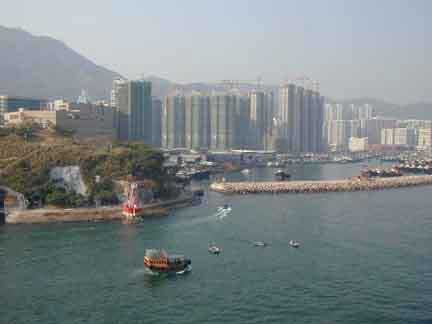 2. Communism has been the greatest vehicle for death, destruction and the forces of anti-God in history. Roughly 60 million people have been killed by communist countires in this century. China routinely condemns people unjustly without a crime, many of them are innocent, merely wanting freedom and democracy or the ability to practice their religion.

3.a. "Of the great lady outraged by pretense" could be Kuan Yin, Mother Mary or Mother Earth. Mother Mary warned of the dangers of communism way back in 1917 at Fatima. She asked that the Vatican take a stand against communism and consecrate Russia to Her Immaculate heart. This they did not do.

The 'pretense' is communism itself, the greatest lie and purveyor of propaganda known to man. It comes on the wings of hope, spouting the cause of the 'brotherhood of man'. There is no true brotherhood when God is left out of the equation, only the ways of deceit, fear and a listless, even souless existence.

3.b. In the second translation, "By which the great lady pretends to be outraged.", could mean the Queen of England or the Government of England. England handed over Hong Kong to the rule of communism not so very long ago, knowing full well the peril communism portends for the people of that great maritime city.

3.c. Here's an interesting new development, from AFP : "The stern measures were introduced as "Iron Lady" Wu Yi spent her first day as health minister vowing a nationwide effort to contain the virus and threatening to severely punish negligent officials." 4\27 Maybe she's the "great lady" mentioned although I doubt it. 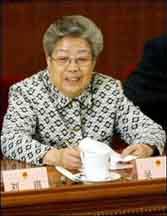 Here is a quote from someone who had a Near Death Experience (NDE) and saw Mother Mary. This is what she told Ned Dougherty on China:

"Wars and rumors of war will continue to plague the Eastern Hemisphere, spreading from the Middle East into Africa and Europe, and then to countries of the former Soviet Union and to the Far East, particularly China."

"The greatest threat to global peace and preservation will come from China, which is preparing itself for global war and domination by building the largest army in the world, prophetically referred to in the book of Revelation as the army of "two hundred million." Under the guise of population control, China has been systematically exterminating unborn female babies in favor of males in order to breed an army capable of dominating the world. The Lady of Light specifically told me, "Pray for the conversion of China. The conversion of China to God is necessary for the salvation of the world." p. 252 from Fast Lane to Heaven.

The Blessed Virgin is vitally concerned with the events in China. So it is reasonable to assume she is the 'great lady." It can be said that there is no greater 'Lady' in heaven for no one appears more often on this planet. She loves us as much if not more than any Saint in Heaven.

China Syndrome: the true story of the 21st century's first great epidemic-9/8 New Statesman, Reviewed by Margaret Cook:
China Syndrome: the true story of the 21st century's first great epidemic: by Karl Taro Greenfeld; Penguin, 464pp.
Much is made in the west of China's booming economy. But there are inevitable downsides to what has been described as the "greatest mass urbanisation in the history of the world". In China Syndrome, Karl Taro Greenfeld probes one of them: the Sars (Severe Acute Respiratory Syndrome) epidemic of 2003, in which an estimated 884 people died, and which only narrowly escaped becoming a devastating pandemic of 15-20 per cent mortality. It is thought that Sars originated in the city of Shenzen, in southern China's Guangdong province. Early on, Greenfeld swoops in on the aptly named Fang Lin, an illegal immigrant to the city from the countryside, who finds a job handling and slaughtering exotic wild animals for restaurants. "Wild flavour", as it is known, is an important ingredient in China's new culture of conspicuous consumption. Thanks to lax regulation, the trade in snakes, camels, otters, monkeys, badgers, bats, pangolins, geese, civets, wild boars - anything that can be trapped or hunted - has become a multimillion-dollar industry. Animals are kept in filthy conditions in the backs of restaurant kitchens, where they are butchered only after diners have made their choice. Fang Lin would emerge after a night's work covered in the blood and excreta of panicked animals, and would chain-smoke to kill the stench. It is in this overcrowded, pollution-ridden environment that a virus hops over the species barrier, from civet cats to humans. Sars is born. ...

More on Mother Mary and the Rosary

China and the Communists