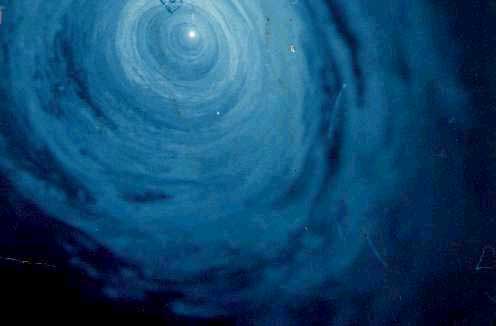 Other Prophecies from NDEs

From the Editor: Although the vast majority have similar experiences after death, there are subtle differences. It all depends on the soul and spiritual development of the individual. The person may not remember everything upon his return. They also may be so conditioned in this life that they are unable to accept certain concepts.

Some are so atheistic that they deny the presence of an angel standing right before them. The heavenly hosts realizing this, often send deceased relatives to greet them on the other side. Others are so filled with anger and denial that they go straight to 'hell', like Howard Storm (below). He makes it out of there, just barely.

In many cases, the angels or spirit guides may realize that reincarnation could be such a strange idea that they may withhold the concept for fear of completely upsetting the soul's 'world view.' Most of the time the soul does not want to go back. They are encouraged and told all the reasons why they need to. Imagine being told yes you have to leave this place of ultimate bliss but not only that, you have to keep going back lifetime after lifetime until you balance your karma and fulfill your divine plan. Most would definitely not want to go back.

"Then He [Jesus] did a startling thing. He opened a corridor through time which showed me increasing natural disasters coming upon this earth. There were more and more hurricanes and floods occurring over different areas of our planet. The earthquakes and volcanoes were increasing. We were becoming more and more selfish and self-righteous. Families were splitting, governments were breaking apart because people were thinking only of themselves. I saw armies marching on the United States from the south and explosions occurring over the entire world that were of a magnitude beyond my capacity to imagine. I realized if they continued, human life as we have known it could not continue to exist.


Suddenly this corridor was closed off and a second corridor started to open through time. At the beginning they appeared very similar but the further the second one unfolded, the more different it became. The planet grew more peaceful. Humanity and nature both were better. Humanity was not as critical of himself or others. He was not as destructive of nature and he was beginning to understand what love is. Then we stood at a place in time where we were more like the beings of the fourth and fifth realm. The Lord sent the mental message to me, "It is left to humanity which direction they shall choose. I came to this planet to show you through the life I led how to love. Without OUR FATHER you can do nothing, neither could I. I showed you this. You have 45 years."


He then gave me orders to return to the human plane and mentally said, "You have 45 years." I had no understanding at that moment what he meant by 45 years."

Click on picture to go to Amazon.com. to buy the book ($5) or read reviews:

A review of this book is found elsewhere on this site: Reviews of Esoteric Literature

2. Howard Storm, author of "My Descent into Hell ..." His whole account is worth reading. For some more excerpts click here.

"They explained to me that their concern was for all the people of the world. They weren't interested in one group getting ahead of other groups. They want every person to consider every other person greater than their own flesh. They want everyone to love everyone else, completely; more, even, than they love themselves. If someone, someplace else in the world hurts, than we should hurt – we should feel of their pain. And we should help them.


Our planet has evolved to the point, for the first time in our history, that we have the power to do that. We are globally linked. And we could become one people. The people that they gave the privilege of leading the world into a better age, blew it. That was us, in the United States. When I spoke with them about the future, and this might sound like a cop-out on my part, they made clear to me that we have free will.


(Howard was told by the light beings about the new world to come. According to them, God wished to usher in the Kingdom within the next two hundred years. In order to do so, God had rescinded some of the free will given to creatures, in favor of more divine control over human events. This new world order, according to Howard, will resemble some near-death descriptions of heaven. People will live in such peace and harmony and love that communication will be telepathic, travel instantaneous and the need for clothing and shelter eliminated. The lion will indeed lie down with the lamb. Harmony will exist with the created order and people will control the weather and grow plants through loving communication.)


If we change the way we are, then we can change the future which they showed me. They showed me a view of the future, at the time of my experience, based upon how we in the United States were behaving at that time. It was a future in which a massive worldwide depression would occur. If we were to change our behavior, however, then the future would be different.


Asking them how it would be possible to change the course of many people, I observed that it was difficult, if not impossible, to change anything on earth. I express the opinion that it was a hopeless task to try. My friends explained, quite clearly, that all it takes to make a change was one person. One person, trying, and then because of that, another person changing for the better. They said that the only way to change the world was to begin with one person. One will become two, which will become three, and so on. That's the only way to affect a major change.


I inquired as to where the world would be going in an optimistic future – one where some of the changes they desired were to take place. The image of the future that they gave me then, and it was their image, not one that I created, surprised me. My image had previously been sort of like "Star Wars," where everything was space age, plastics, and technology. The future that they showed me was almost no technology at all.


What everybody, absolutely everybody, in this euphoric future spent most of their time doing was raising children. The chief concern of people was children, and everybody considered children to be the most precious commodity in the world. And when a person became an adult, there was no sense of anxiety, nor hatred, nor competition. There was this enormous sense of trust and mutual respect. If a person, in this view of the future, became disturbed, then the community of people all cared about the disturbed person falling away from the harmony of the group. Spiritually, through prayer and love, the others would elevate the afflicted person.


What people did with the rest of their time was that they gardened, with almost no physical effort. They showed me plants, with prayer, would produce huge fruits and vegetables. People, in unison, could control the climate of the planet through prayer. Everybody would work with mutual trust and the people would call the rain, when needed, and the sun to shine. Animals lived with people, in harmony.


In this future, people had no wanderlust, because they could, spiritually, communicate with everyone else in the world. There was no need to go elsewhere. They were so engrossed with where they were and the people around them that they didn't have to go on vacation. Vacation from what? They were completely fulfilled and happy. ... "

Here's another quote I really like for two reasons; the answer, and the line: "I figured these guys were all Christians":

"I asked them, for example, which was the best religion. I was looking for an answer which was like: "Presbyterians." I figured these guys were all Christians. The answer I got was: "The best religion is the religion that brings you closest to God."

To buy Howard Storm's book or read reviews, click on picture to go to Amazon.com.

3. "Messages from Heaven" by Patricia Kirmond. This is not an NDE book. It comes from someone who passed away and is now residing in an etheric retreat. He was given the opportunity to contact his relatives from 1996 to 1998, to convey certain messages on the Path, like where he failed and where we could do better. Topics range from, one's job, to diet and exercise, to forgiveness, discernment, constancy, and the true teachings of Jesus, Buddha and all the great Saints. Normally this type of book is fraught with misconceptions coming both from the sender and the one that receives it. This extraordinary book has an air of authenticity about it. Here are some excerpts of prophecy and things to come:

"I knew that earth was in some peril when I was in embodiment, but I did not begin to realize how bad things had gotten. It's as if the earth has become a matter for spiritual engineers. They are working at inner levels to try to secure the foundation of a crumbling edifice. I do not feel that you will avoid cataclysm, but you still have time to change the worst portents."

"Karma has been descending for centuries, but at no other time has the karma returned so swiftly or so severely, both for the individual and the planet. This is creating many devastating situations for people who do not understand the law of cycles."

"If people fulfill their spiritual destinies, you will enter a cycle where more people will exhibit the gifts of the Holy Spirit. This will be allowed at the time when the planet is in the greatest jeopardy and it is most critical for the people to make the ultimate choice--the Path of God or the path of Mammon."

"Jesus would be willing to continue to carry our burdens, but this is no longer lawful for him. God will not permit it. It would only enable us to continue on as we have been. This is a time for people to wake up, to grow up spiritually, so to speak."

"Perhaps the most ungrateful act, and one which has resulted in a tremendous weight upon the people of the United States and other parts of the world , is the taking of life through abortion. ... Life is to be revered at all levels. The irony is that some people who honor the environment and are horrified by the destruction of planet earth and fight for many species who are in jeopardy of extinction do not see that abortion is also the destruction of life which is holy and meant to be protected.

Perhaps the most compelling understanding comes when you are in the etheric realms and you meet souls who have been denied embodiment not once but several times ... I cannot adequately convey to you what a burden would be lifted from the planet if this practice were changed."

"The more people live for the light and by the light and sacrifice for its preservation, the less cataclysm we will see. What the Masters are saying is that no one will be completely spared. No matter what, a certain level of cataclysm will occur."

Click on picture to go to Amazon.com. to buy the book:

back to: Karma, Reincarnation and NDE