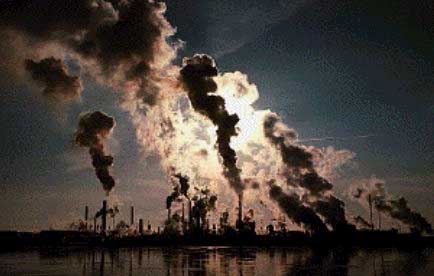 The Cause and Core of Pollution
and Earth Changes

What is the greatest cause of pollution? It is rooted in this quote by Jesus. "There is nothing from without a man, that entering into him can defile him: but the things which come out of him, those are they that defile the man. If any man have ears to hear, let him hear." Mark 2:15, 16. * (His additional response is below.)

My God, there is a lot in there to digest.

1. He's implying it is difficult to digest. One can listen but not hear, or not understand the esoteric meaning.

2. Interpreted one way, he's saying that even pollution may not hurt a person. This is Jesus, he was able to see far into the future and realize the pollution that would come upon the Earth in later times. I think it's a relative meaning. If the Light in you is great enough then it cannot hurt you. The Holy Spirit in you will transmute it. Most of us are not at that point in our evolution however. Nevertheless, implicit in this statement of Jesus is that there are worse things than 'what enters into him,' i.e. types of unhealthy food, pollution, etc.

3. How can something that comes out of a man be worse than cigarettes, drugs, negative music, diesel exhaust and other pollution? Surely, saying some swear words or emoting feelings of anger or hatred, can't be worse than those polluters. Unless; —unless we have the ability to imbue these actions or feelings with power. And there's the rub, we do have that power and that is why He warned us about it. We have the light of God, of Christ, within us. When we were created, way back when, we were created equally—all of us were given equal amounts of light and the freewill to do with it what we will. It's our choice, to squander it or use it for good. If we use it for good, God will mulitply the light. In any case, however we use the light it will be returned as karma, good and bad.

4. Because we imbue negative feelings, thoughts and words with power, those energies just don't end with us in some neat tidy little package. Just because we might feel good releasing it doesn't mean it was the right thing to do. Somebody else is going to have to deal with it. And because like atttracts, that same energy will seek out pockets of a similar vibration, forming an amalgam of dark energy. These clouds of astral substance affect people and the environment. It inhibits all the angels and elementals trying to clean up the planet at unseen levels. It is karma that is a weight upon the world. 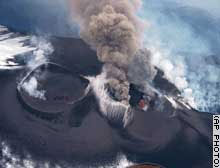 5. This collective karma, if not transmuted, is returned to the one who sent it and to mankind and the planet as a whole. Why? Because we sent it forth. It's merely physics, the law of karma. And many times, it's God's way of setting things right and slowing down mankind's ability to do evil, creating more karma by his actions. The return may start as magnetic storms and mass solar ejections from the Sun, the agent for change and returning karma. Then the earth's delicate balance is affected. Magnetic changes take place. Volcanic activity occurs to release the pressure, especially under the ocean, which in turn heats up the oceans causing the El Nino effect. Tectonic plates move, lava flows, green house gases rise up and it's all because of man's misuse of energy. 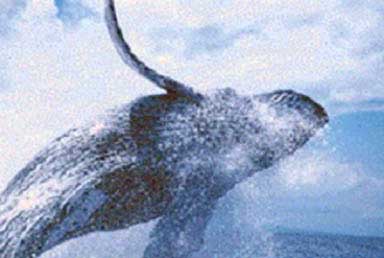 6. There are many worthwhile causes, from saving whales and dolphins, to encouraging organic farming, to fighting the good fight for clean air and water. All must be seen through Jesus' admonishment above. How do policies affect the light within and the ability to grow as a son or daughter of God?

Many animals do not have the tie to God as does man and were indeed created by man in a far distant past on Atlantis and Lemuria, just as they are trying to create and clone life today. They are not God's creations and should not be protected at the expense of some struggling son of God trying to make it on a farm. There may be a reason why two religions, Islam and Judaism, at odds with one another both admonish not eating pork. Could they have forgotten the real reason through time. Natural and alternative healers know that lard is very good at penetrating the skin. It's molecular structure is similar to man's. Could it be that pigs are a result of genetic tampering on Atlantis and that is the real reason to avoid it?

7. Environmentalists acting heavy handedly with a great deal of anger toward their fellow man are guilty of creating pollution by their words and feeling world while trampling on the rights of men; all to protect a snail darter fish, a kangaroo rat, etc. that might not have been created by God in the first place. There are many, many animals that need protection: whales, dophins, elephants, eagles, etc.. At a soul level, even the staunchest conservative knows that but he's not fond of creepy crawly things that have to be protected by law. The issues get blurred at the subconscious level.

8. Ultimately, many things come down to energy, God's energy and physical energy. If enough of the true teachings of Christ, the Buddha and all the esoteric teaching can be watered down, with muddy water of course, then the access to God's energy is restricted to those who should have it. You and I, the Sons and Daughters of God are kept in the dark. We're allowed to glimpse the light at the end of the tunnel.

There is an old maxim, 'as above, so below,' i.e. the physical plane mimics the spiritual plane, monopolistic giant energy companies run by people who don't have our best interests at heart try to restrict our access to energy down below as well. They restrict the access, make us dependent on foreign sources and continue to rely on polluting and questionable energy sources. There are alternative clean energy sources out there, already discovered and those yet to be revealed.

Once we realize the power and light of Almighty God is within us and above us, then no one will be able to obstruct the flow of unlimited energy that is only dreamt about by visionary scientists and spiritual adepts.

17. And when he was entered into the house from the people, his disciples asked him concerning the parable.

18. And he saith unto them. Are ye so without understanding also? Do ye not perceive, that whatsoever thing from without entereth into the man, it cannoot defile him;

19. Because it entereth not into his heart, but into the belly, and goeth out into the draught, purging all meats?

20. And he said, That which cometh out of the man, that defileth the man.

21. For from within, out of the heart of men, proceed evil thoughts, adulteries, fornications, murders,

23. All these evil things come from within, and defile the man.

back to Health, Music and the Environment