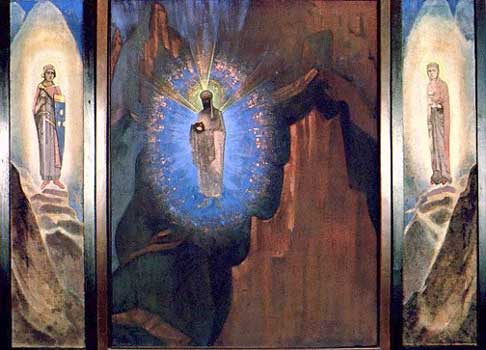 Fiat Rex by Nicholas Roerich ( El Morya is in the center)

From the Editor, Reverse Spins: The world has gone through many golden ages and dark ages. We are just coming out of a very long epoch of darkness bereft of the Light and enlightenment. Thanks to the mission of two individuals, Gautama Buddha and Jesus, the world is once again on the rebound since the sinking of Atlantis around 12,000 years ago. Jesus has held back our karma (sins) for these 2,000 years. Civilization after civilization has responded. Mankind has advanced materially, economically and spiritually. Starting in the late 1800's other Masters who work with Jesus felt it was time to accelerate exponentially the spiritual awareness of the planet. All of the mysteries Jesus taught in the upper room, in private to His disciples and those he had to hold back could now be released because there were many who were finally ready to accept them.

Progressive revelation itself is the fulfillment of prophecy. There is more on this subject in the 'Bridge to Freedom' section. Here then are the individuals who were ready to work with the Masters when the great adepts needed them. 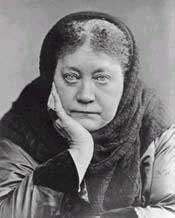 "We are at the close of the cycle of 5,000 years of the present Aryan Kali Yuga or dark age. This will be succeeded by an age of light. Even now under our very eyes, the new Race or Races are preparing to be formed, and that is in America that the transformation will take place, and has already silently commenced. This Race will be altered in mentality and will move toward a more perfect spiritual existence. That the periodical sinking and reappearance of mighty continents, now called Atlantean and Lemurian by modern writers, is not fiction will be demonstrated. It is only in the 20th century that portions, if not the whole, of the present work will be vindicated. A world destruction as happened to Atlantis 11,000 years ago... instead of Atlantis all of England and parts of NW European coast will sink into the sea, in contrast, the sunken Azores region, the Isle of Poseidonis, will again be raised from the sea.

"And then the last prophecy contained in that book (the first volume of the prophetic record for the Black Age) will be accomplished. We have not long to wait, and many of us will witness the Dawn of the New Cycle, at the end of which not a few accounts will be settled and squared between the races." 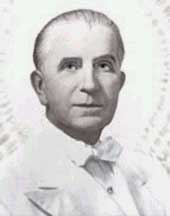 "One day the race will come to realize and recognize that the sinister, destructive forces manifesting on this earth and in its atmosphere--generated, mark you, by human thought and feeling--have only entered the affairs of individuals or nations, through lack of control in the emotions in everyone's daily personal experience." p. 8

"America has a destiny of great import to the other nations of the earth and Those who have watched over her for centuries still watch. Through Their protection and Love, she shall fulfill that destiny. America! We, the Ascended host of Light, love and guard you. America! We love you.

A similar form of perfect government will come at a later period, when you have cast off certain fetters within that hang like fungi, and sap your strength as a vampire. Beloved ones in America, be not discouraged, when the seeming dark clouds hang low. Everyone of them shall show you its golden lining. ..." p. 43

This next quote was given 70,000 years ago to a golden age culture far in advance of the present day. The people did not listen to the warning of the great Master. The Sahara desert covers over all traces of that ancient land.

"O Children of Earth, I bring you a warning of serious import, at a time of great crisis. Arouse yourselves from the snare of the senses that is engulfing you! Awake from your lethargy, before it is too late!" p. 52

Another excerpt from the book: David Lloyd Drinks from the Crystal Cup on Mt. Shasta

To buy at Amazon.com: 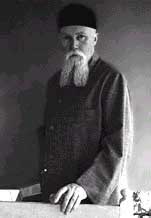 "Prophecies can be divided into the dated and undated. When we have to do with a dated prophecy it means we must understand all the intermediate conditions. A great date consists of lesser dates; therefore it is right to observe the small date. It must be remembered that the dark ones are working upon the small dates, trying to complicate the big one. Can prophecies remain unfulfilled? Indeed they can. We have a whole storehouse of such lost prophecies." p.18.

"You understand that Earth cannot live without community. You understand that without the broadening of the heavenly ways the existence becomes nil. The New World is in need of new boundaries. The seekers must have a path." p. 22

"Speak to your friends, that they should learn to observe the real according to the outbreak of the events. Otherwise they remain readers of a newspaper edited by a knave." p.53

"The secret of the future lies in the impetuosity of striving." p. 72

"The future may be understood as the turn from night to day. The slumberers will sleep through it, but the Community stays on watch." p. 139

"When it is dark and threatening, then keep the consciousness upon the future." p. 165

"The people of the West have overshadowed their consciousness with the weightiest thoughts, but the joy of knowledge has become something almost indecent. Joy of realization must become the prerogative of the New World." p. 175

"... slander against the New World will be a stumbling block to the path. The Dragon is still alive." p.226

from Heart of Asia

"It is predicted that the manifestations of Maitreya shall come after the wars. But the final war shall be for the cause of the True Teaching. But each one rising up against Shamballa shall be stricken in all his works. And the waves shall wash away his dwellings. And even a dog shall not answer to his call. No clouds but lightning shall he see on the final night. And the fiery messenger shall rise up on pillars of Light. The Teaching indicates that each warrior of Shamballa shall be named the Invincible. The Lord Himself hastens. And his banner is already above the mountains. Thy Pasture shall reach the Promised Land. When thou tendest thy flocks, dost thou not hear the voices of the stones? These are the toilers of Maitreya, who make ready for thee the treasures."

To buy Heart of Asia at Amazon.com:

Another book by Nicholas Roerich at Amazon.com:

4. Geraldine Innocenti ( -1961) founder of The Bridge to Freedom

From The Bridge to Freedom Journal, Book1

"All great world movements, religions and activities, ancient and modern, have been inspired by some member of the Great White Brotherhood, in cooperation with a spiritually-sensitive individual in physical embodiment at the time of its inception.

The evolution of the individual God-ego from infancy to spiritual maturity, is the underlying purpose of all life experience. The Great White Brotherhood is the spiritual representative of the God-will for the planet, Earth, and, through its members, provides the stimulus toward God-development for the planet and its people, through the release of tremendous cosmic forces consciously directed and sustained in the lower atmosphere where embodied man functions." p. 124

Book is available from the publisher: Ascended Master Teaching Foundation 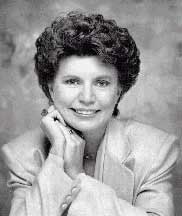 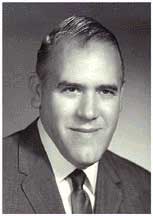 From Saint Germain in Saint Germain's Prophecy for the New Millennium by Elizabeth Clare Prophet, w/Patricia Spadaro and Murray Steinman

"People ask, "Why are cataclysm and earth changes predicted?" They are predicted beloved, because of mankind's unbalanced karma that has been on the ledger... for thousands upon thousands of years. Therefore Almighty God has spoken and has said to the mankind of earth: "Thus far and no farther!" March 2, 1996, p. 257

"Economic debacle is foreseen. Prepare. Setbacks will be sudden. Be not lulled by the heyday. Many Band-Aids upon the economy, the money system, the banking houses. These will not prevent the collapse of nations and banking houses built on sands of human greed, ambition and manipulation of the lifeblood of the people of God. ...

The mitigating factor in economic debacle, in nuclear war, in plague untold and death is the nucleus of lightbearers and the quotient of sacred fire they invoke. ... We have, then, a tripod of war, economic debacle and cataclysm. Any one of these could be sprung at any time.

We are determined. You must be determined. When we do all in our power to assist you, you must appreciated how urgent is the moment and the hour--how great the need of response." Nov. 27, 1986) p. 260

"I took the name Saint Germain, for it means "holy brother." May you think of me always as your friend and brother on the path. And may you know that I may not enter your world it intercede for you unless you call my name in the name of God and ask. Therefore, say it to me any hour of the day or night--

"In the name of Almighty God, Saint Germain, help me now!"

I promise you that an electronic presence of myself shall be at your side with the speed of light. And if you desire to increase your capacity to receive my assistance, then take up the calls to the violet flame and see how your aura will actually turn a violet color. ... O beloved, let me help you! Receive me now as your friend forever." Feb. 7, 1987, p. 266

To buy at Amazon.com: