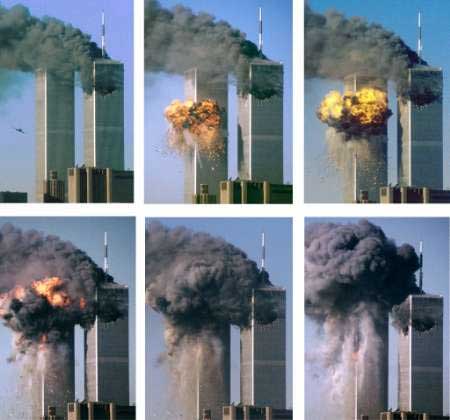 Americans tend to judge other people and countries through the prism of their own hearts. We believe in the goodness of others, that we are all basically the same throughout the world. Oh, some people or countries might get off track once and in awhile but deep down we like to believe in the commonality of innate goodness.

It's nearly impossible to understand why someone would fly a plane deliberately into a skyscraper, killing thousands of innocent people. To be so evil, so dastardly is incomprehensible. Why? I believe it is because we do not understand absolute good therefore we do not understand absolute evil and are unprepared to deal with it. We have become mired in a field of relativity like a meadow covered in a dense fog. Political correctness and the quicksand of relative good and evil has made all sorts of behavior acceptable. We are told that nobody is right and nobody is wrong, that we are all the same and that we must understand why they did something for they must have had a good reason. How did we get to this point?

It is ironic that the cause of the terror on 9/11, fanaticism, is probably responsible for stripping us of our ability to grasp the situation. It has always been fanatics that distort the great spiritual truths brought forth by the prophets of God. Whether it be the Sadducees and Pharisees following the dead letter of the Law, or fanatics burning the library of Alexandria, or 'the do-gooders changing the Bible, or the numerous bad popes, or the witch hunts, or the terror of the middle ages, the inquisition; the net result is the splitting of Christianity and the watering down of Christ's original message. The illumination that would help us deal with this crisis, the understanding of karma, reincarnation, demon possession and the Christ Light within, has been taken from us.

These same fanatics are back. They've reincarnated as Moslems, Jews, Christians and in other major religions. Even Buddhists are not free from blindly following doctrine. They insist on adhering to the doctrine of pacifism not understanding the battle of light and dark, letting other people fight their battles. Someone said once, something like, "Evil prevails when good men do nothing." In this day of relative good and evil, pacifism is the 'way that seemeth right.'

Long ago in the middle ages atop an impenetrable mountain plateau, the cult of the assassins was ruled by one who went by the moniker, 'the old man in the mountain.'

[Assassin--Etymology: French and Italian from Medieval Latin "assassinus" from Arabic "hashshash-in," plural of hashish-ash "hashish user" from hashish "hashish." During the Crusades, fanatics sent out to kill Christian leaders were promised paradise in return for dying the death of a martyr. To enhance the appeal of this arrangement, they were treated to the earthly pleasures of hashish before setting out. (Thanks to Trevor Wilcock of Halifax, England for pointing out this less than savory lexical contribution to English from Arabic.) www.yourDictionary.com ]

They were under the same delusion back then, thinking they would get to heaven murdering people for a perverted, fanatical belief in Islam. No doubt these cut throats are back.

Ancient hatreds have been built up over time among the Moslems and Jews and then the crusades thrust Christians into this karmic mix of boiling enmities. Fanaticism opens doors to demon and entity possession. This phenomena is found in the texts of most religions but not understood nor taught. If it is mentioned today, it is as a simplistic concept of 'satan' doing this or that and being everywhere. That notion is easily made fun of by agnostics, atheists and those that give God lip service. The truth is entities and demons vary in types and names. Jesus cast out an entity by using it's name. Many of these controlling energy forms are of our own making, moving on finding and merging with similar energy forms as we die in various incarnations. Fanatics and hard liners pull the energies of hatred and suicide to them by their vibration. They hate others for their situation and ultimately God for their karma. The ultimate revenge on God for them is suicide and taking as many as possible with them. I recommend four books that deal with the subject of possession: Remarkable Healings, The Boy who saw True, The Unquiet Dead and a small pocketbook, Return from Tomorrow.

Fanatics have changed the true teachings the prophets have brought forth. They do not want us to learn and become ' a son or daughter of God.' They do not want us to learn that fallen angels and ones totally aligned with evil have re-emodied among us for thousands and thousands of years. If we woke up, realized the presence of God in us and His tangible presence near us; we would see them for what they are. Their days would be numbered.

Another article on demon and entity possession by Reverse Spins: Possession

Books on possession at Amazon:

The Boy Who Saw True