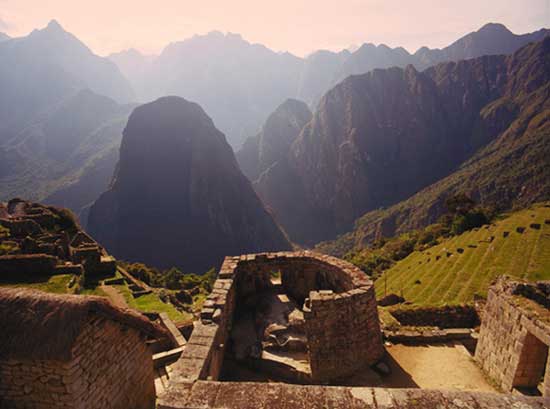 The great civilization sat precipitously on the moral fence. The people had turned away from the God known as Incal and the Maxin Light (see A Dweller on Two Planets below) burning brightly on the altar in the central temple on Atlantis. The descent had been gradual, imperceptible to most. The pleasure cult took over. The Maxin light went out as had been warned. At first the people were shocked, scared; but over centuries, they forgot. The light started to dim in their physical temples as well. The chakras and the light in their hearts was fading, deadened to Divine love and human pain. They were ripe for takeover and cataclysm.

Visitors from the 12th planet known as Marduk and Nibiru had come as 'saviors' thousands of years before, landing a continent away, to the southeast. These interlopers had long since rebelled against God. They felt they should be in charge rather than God. They didn't trust God's creation so they created their own, the annunaki. To keep these workers fat, dumb and happy, they invented fermented drinks, plied them with drugs and strange music; all intended to keep the mind focused away from the Divine potential.

The people of Atlantis, rather than listening to the entreaties of a succession of Prophets such as, the Rai's (high initiates on Atlantis), Enoch, Noah or even their own Christ attunement, soon adopted the ways of these ancestors of Sumer. People surfeited themselves in discordant sounds and mind-emotional altering substances. It inured them against what they didn't perceive, the ravages of their own karma. It also simulated the spiritual path. They had no sense of co-measurement as to what the light should feel like in them. Sure an occasional, son of God, pointed the way. But for the most part the knowledge and the texts describing the power of Light within, was lost or resigned to the dusty shelves of history. It had no relation to now. All they knew was how good that drum beat felt and how 'high' they felt taking chemical and 'natural' substances.

Before the final inundation warned about by Noah, several small groups still tied to the Divine intent, managed to scatter throughout the planet. Some made it to Egypt, others to Europe and a slightly larger migration made it to an Atlantean outpost, South America. Here they kept the name and remembrance of Incal. Their ways and spiritual ties to the Atlantean civilization devolved over time. But they kept many attributes, including of course, the name Inca. They also kept a quality of life and architecture that surpassed many other so called 'advanced' civilizations.

Thousands of years later, some individuals re-embodied to finish the destruction of the ties to Incal. They were conquistadors and they had murder, rape, cultural genocide on their minds, and of course, gold. The prophets of old had warned not to intermarry with these fallen angels who came in their spaceships. They did not listen. Now they came back, reincarnating over and over again, mixing genes, race and culture. They came in the name of Western civilization and the 'white man.' But they were neither, really. Most importantly they did not have the tie to God. Columbus did. He was attuned to the God within and the ancient Maxin light. The pillagers of Central and South America were not. They rode in on his coat tails, creating havoc and karma in the name of European expansion. The karma that befell them, befalls the West.

And so, the curse went forth, literally, from the mouths of some of the fallen Incans. The cocaine curse has come back full circle, as personal and Western karma. America and the rest of the world has reaped the whirlwind of Atlantean karma, of turning away from God and of Incan karma. Drugs are not new, even the new ones they manufacture today. Oxycotton, ecstasy, LSD, ritalin and the like were known on ancient continents. They all come with a certain built in energy and momentum as well. The powerful inertia behind marijuana says 'there is nothing harmful about me,' despite all scientific and empirical knowledge to the contrary. The movers and shakers behind the scenes and many of the others splashed across the 'People' section of the newspapers will never see this as anything but a fable. The drugs and music are a way of life for them. They thrive on it. For others, it is a point of control. By destroying the youth and their contribution to the raising up of this planet, they insure their positions of power.

The Atlanteans and before them, the Lemurians, all came with a great deal of Light to this planet. Drugs and certain forms of music continue to keep them from the true Divine connection. The light God sends down to each one, that Jesus sends, that resides in each ones' chakras; is siphoned away. And guess who reaps the benefit while the rest pick up the tab (karma). The fallen angels, the Nephilim, the watchers, the godless, the aliens or whatever one chooses to call them—live off that Light. It is the foundation of their power.

back to: Alternative Archaeology and History

back to: Decline of Morals and Education