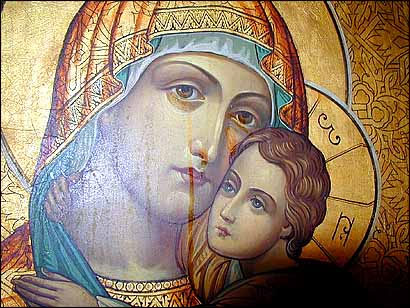 Thousands of people have flocked to a small Romanian church after two men said they had seen the Virgin Mary 'crying' in a painting.

A delegation from the Romanian Orthodox Church arrived at a church in the village of Musetesti, west Romania, to investigate the claims made by the two workers. The pair, who have not been named, said they first saw the Virgin Mary crying on January 2. Local parish priest Aurel Chiana said the tears had been seen for four consecutive days after that. He told local media:

The delegation is continuing investigations into the claims and taking statements from other people who say they saw the Virgin Mary crying. The claims come just weeks after reports of tears coming from a statue of the Virgin Mary in a church in Giurgiu, southern Romania.